Posted on Jun 10, 2016 by passionateinkcomm   No Comments Yet | Posted in Uncategorized 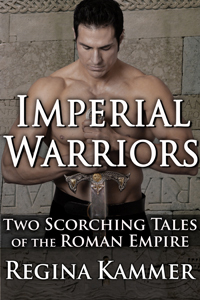 Ancient Warriors…
Muscles flexing under sun-burnished skin as thick arms wield swords, battle axes, or bow and arrow. Brawny, fierce, and intensely loyal to their cause, king, or god. Alpha heroes romanticized through the lens of history.

…of the Roman Empire
Legions marching under the banner of Rome for centuries, conquering the Mediterranean and beyond, from Britannia in the West to Anatolia in the East. 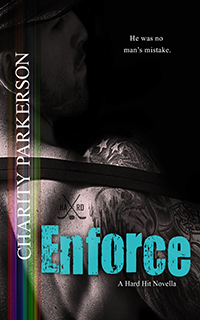 They were supposed to be a one-night stand, and then a weekend fling… a just-for-this-season affair… soulmates.

When Chip met Jai during All-Stars weekend, their hookup should’ve ended there. At the time, it was no big deal. As the assistant coach for the Phoenix Ice Rays, Chip can’t be in a relationship with a player from his team. Lucky for him, Jai plays for the Red Zones. That is, until the Red Zones make a surprise trade.

Jai has the perfect relationship with Chip. He’s more than ready to keep their relationship a secret if it means holding on to this man he can’t resist. But when a dogged reporter takes some undeniably personal pictures of them, Jai has to choose between the man and the career of his dreams.

“He wrecked me. I caught feelings. Now, he says I was never a part of his plan. I’m no man’s mistake.”

When the rules are enforced, Chip gives up everything for Jai, even the man himself. What Chip doesn’t anticipate is how far Jai will go to win him back. When this unstoppable force of nature meets an unmovable man, they’ll both go up in flames. 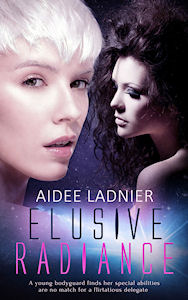 Elusive Radiance by Aidee Ladnier
A young bodyguard finds her special abilities are no match for a flirtatious delegate willing to gamble everything on the galaxy trade talks.
http://www.aideeladnier.com