Posted on Apr 15, 2016 by passionateinkcomm   No Comments Yet | Posted in Uncategorized 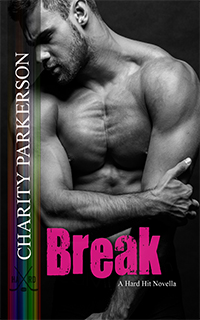 Noah has been in love with his best friend, Troy, for as far back as he can remember. There is no one else he can picture spending his life with. After signing a contract with the Blue Fires, Noah heads to New Orleans, ready to start his new life as a pro hockey player. With the career he’s always dreamed of having in his hands and the man he’s always loved in his bed, Noah thinks everything is golden.

But nothing could prepare Noah for how being the star player would change his life. Each time he finds a reporter’s mic underneath his nose, Noah can’t stop himself from pushing Troy farther away, making Troy the dirty secret. That is, until the day Troy has had enough.